We are lucky that living in St. Louis, there is so many awesome things for kids to do and we finally took a trip to Grant's Farm or what I will deem as heaven on earth for my child. If my child could have his wish, he would play outside, surrounded by all kinds of wild and exotic animals with a sippy cup of milk in tow.

It was the first family day we have had in way too long and it was much needed. It was a good day. 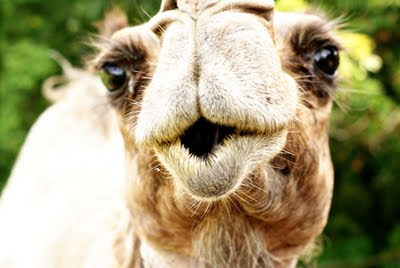 Camels were a big hit and I wanted to take him home until he sneezed on the lady next to me. 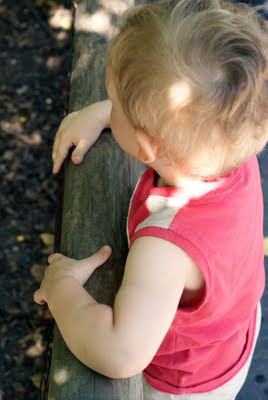 He just took it all in, watching the animals. 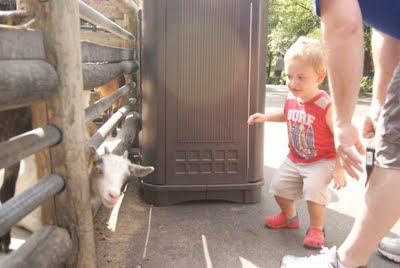 Then, we fed the goats, or the 'puppies' as he called them. Those things are crazy and if you've ever been to a petting zoo with hungry goats, you understand exactly what I'm saying. I refuse to actually step foot inside so we fed them bottles of milk from the fence! 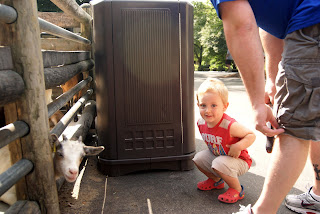 He was so intrigued but a bit leery so he watched at a safe distance. That goat later got his head stuck and another visitor had to help guide his head back in. 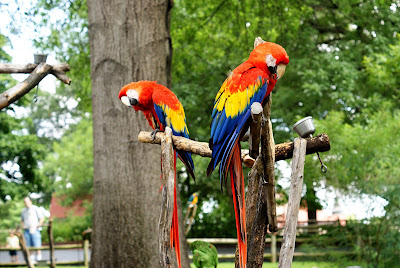 Next, was the parrots. Near the parrots was a big, fat peacock. When we told Brady to look at the peacock, he screams, "Deecock." Of all the animals there, he picks up on that one and he now thinks that all funny looking birds are called, 'deecocks!' 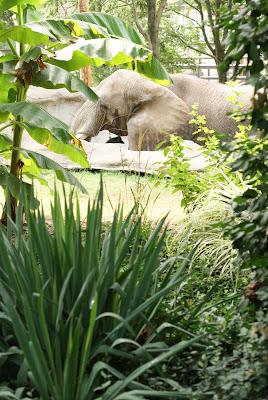 We got super close the the Elephants! 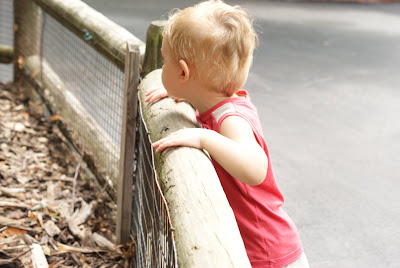 Stopped to see the big Tortoise. 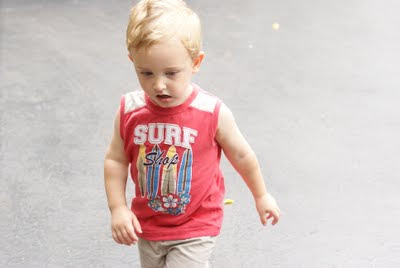 He thought it was so cool he was allowed to roam free. Grant's farm is not as big or as crowed as the Zoo, so it was much easier for him to roam free. Well, until he threw a big, fat tantrum right near the Camel's and dropped to the ground. 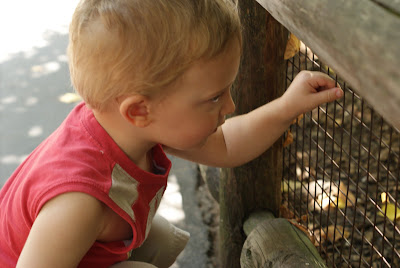 He fed the 'bock-bock' chickens. 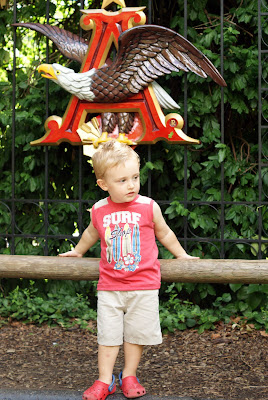 Mommy made him pose for pictures. 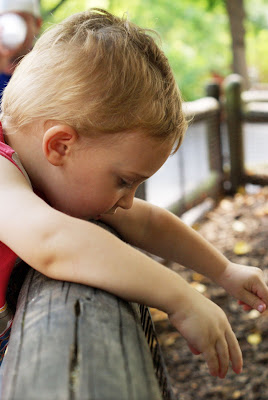 Fed more chickens. Actually, I'm pretty sure he was feeding corn to the gerbils here. 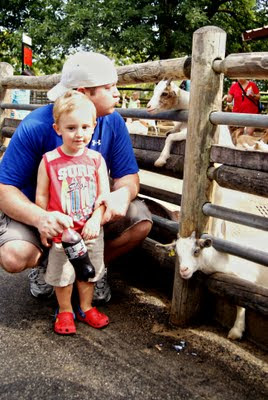 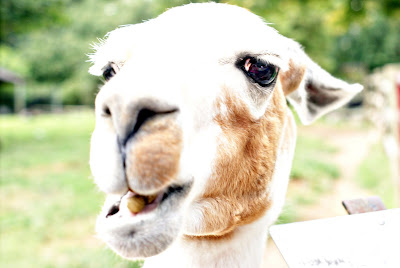 Then, he fed a Llama and his day was complete after a ride back on the choo-choo! It really was a good day and reminded us we have a lot more places to venture and show our son. I think one of the best parts of being a parent is watching your child enjoy themselves and I soaked in every minute of it!

WE love grants farm too....but it was toooo hot when we went!! he is soo stinking cute :)

I have fond memories of Grants Farm as a kid! :)

I LOVE the little red crocs! So stinking cute!
♥ Kyna

That camel shot is awesome.

Hey!!! It's you! I know you! I just clicked on your thumbnail on Paper Mama because, WOWZERS, is that camel picture awesome. Brady is as cute as ever ;)

Oh man that first camel shot!! Is so adorable!

aww! i love the camel shot (though i thought it was a llama, but what do i know?) i haven't been to grant's farm but i've heard a lot about it. my sister lives in MO and they visit there - they love it too!