My kids are growing up at an alarming rate. I mean, Brady's gonna be FIVE in 23 days. How is that even possible? Here are a few updates!

Benny officially has congenital hypothyroidism. They were thinking he may be able to wean off meds at 3 since his levels were not very high but more and more it's not looking promising. Right now, he takes half the dose that I do. I'm bummed, I've had my moments but I know it's all good. He's smart, he's hilarious and he's on track developmentally so that's all that matters. 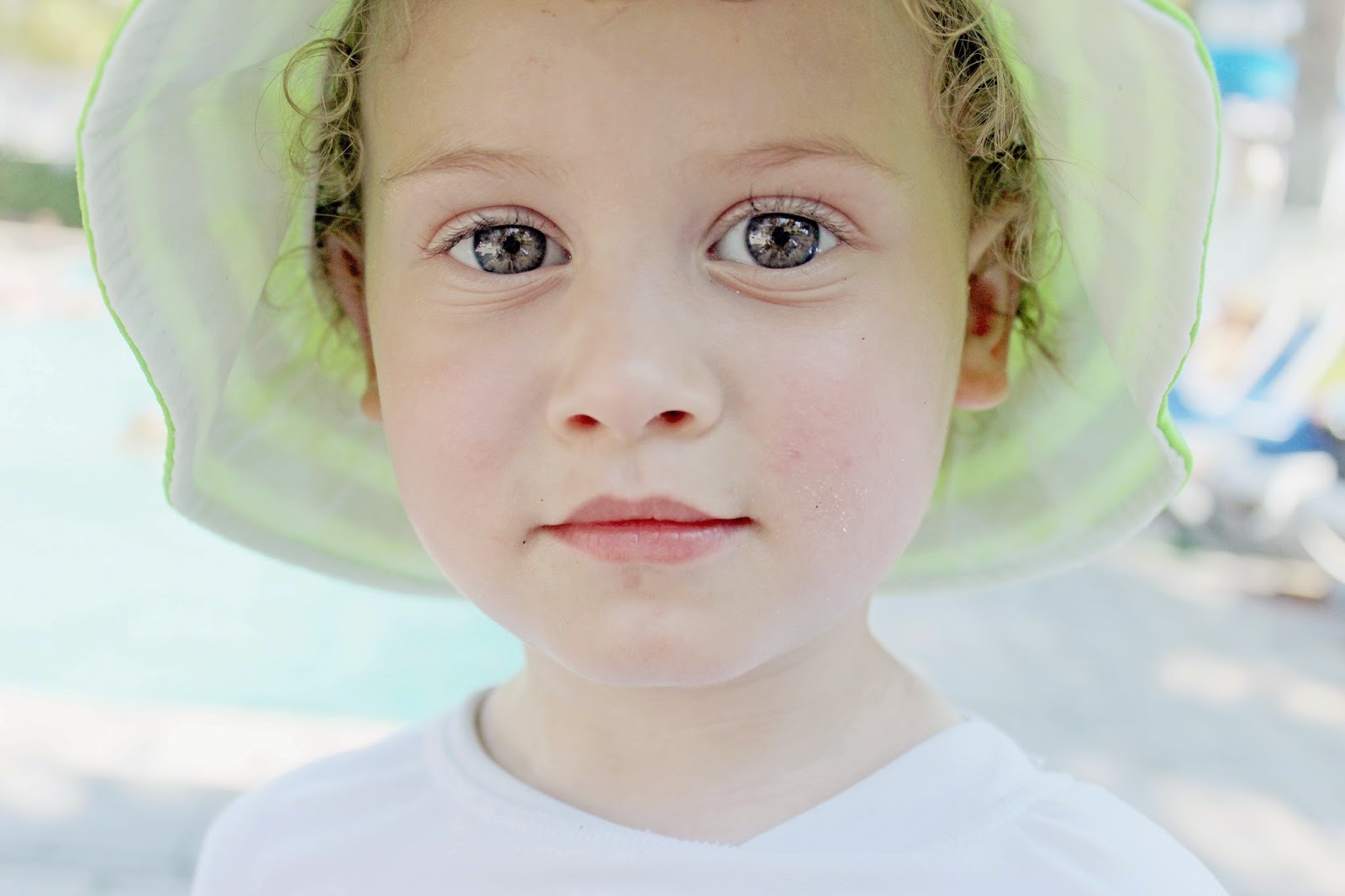 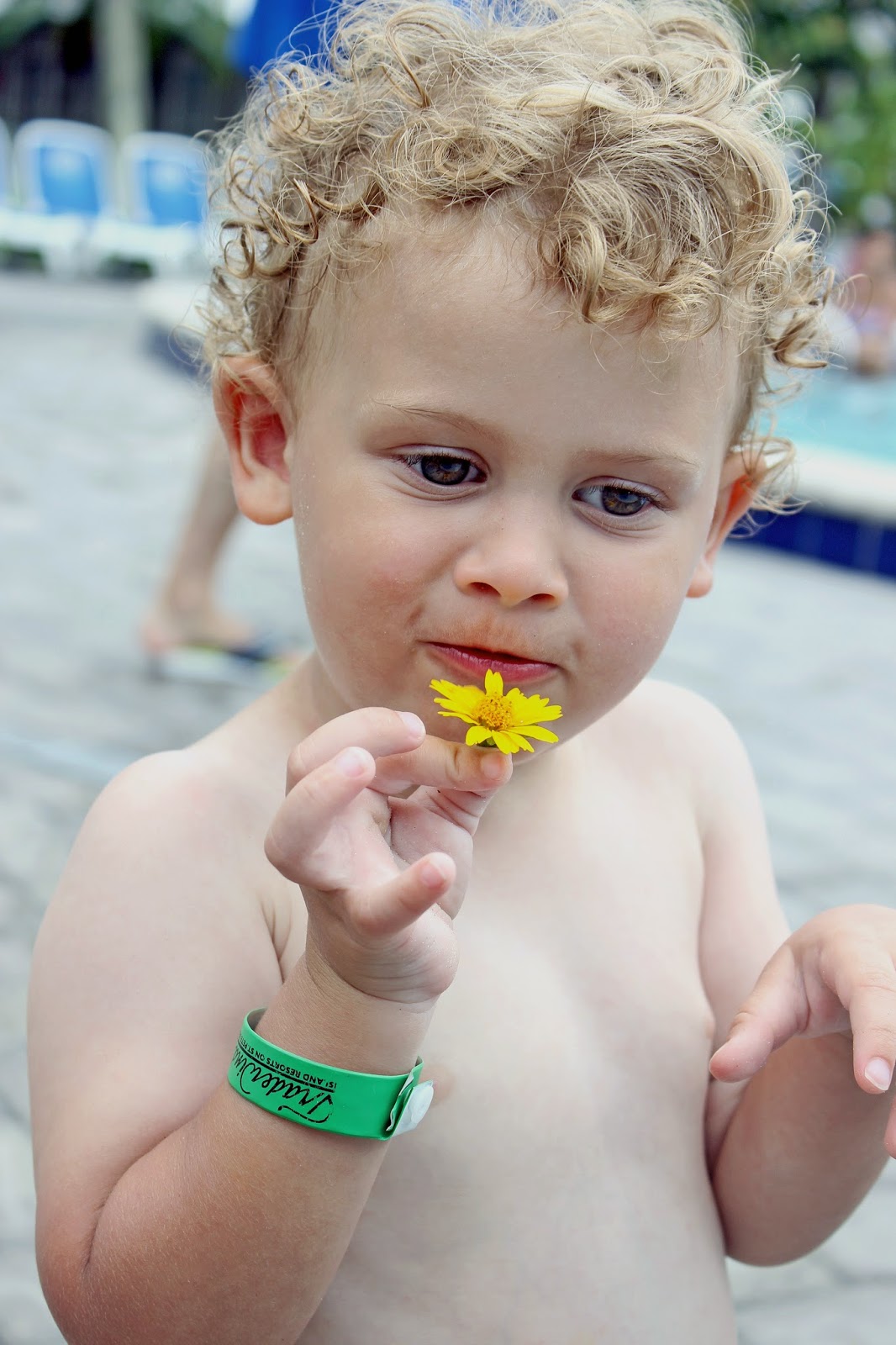 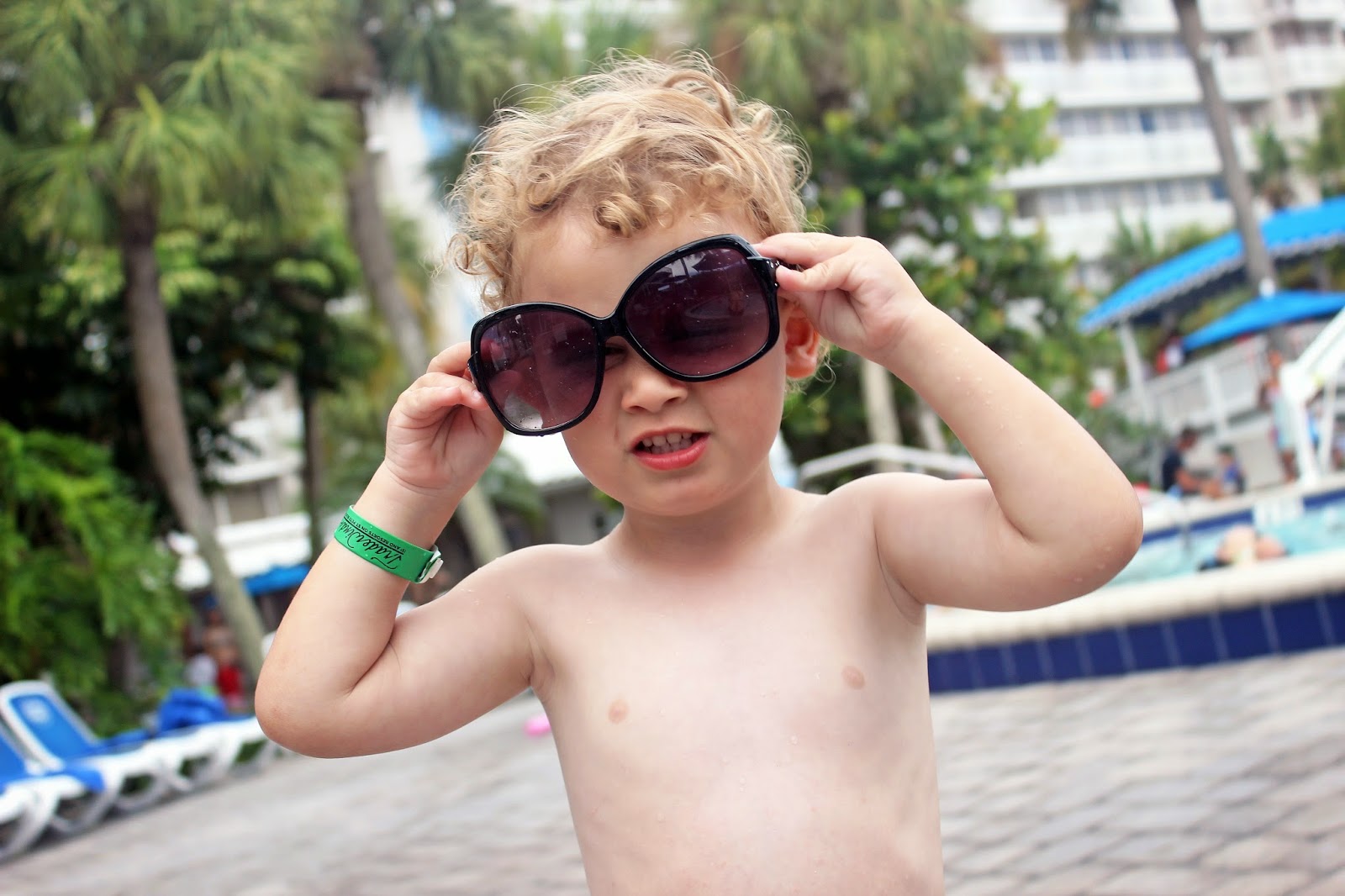 Brady. Oh, my sweet kid. I find myself growing more and more proud of him everyday. As he got older and more so last winter/spring, I knew something wasn't right. He was very hyper, to the point where he could NOT sit still, for a moment. His eczema and rashes were so bad that he was so miserable. Potty training was delayed because of it, his poor bottom was constantly covered in a rash. The behaviors were more than your typical terrible threes and fours. He has constant belly aches and trouble going potty. He was constantly sick with a cough, stuffy nose and he wasn't sleeping, like at all. Waking up at night, screaming and we thought he was having night terrors or something. It was frustrating and upsetting. Then, we got his school pictures back that Spring and I knew. Under his eyes were such dark circles that he looked very ill. I took him to an allergist who listened to my concerns and low and behold, he is allergic to milk.I was surprised but it all made sense. 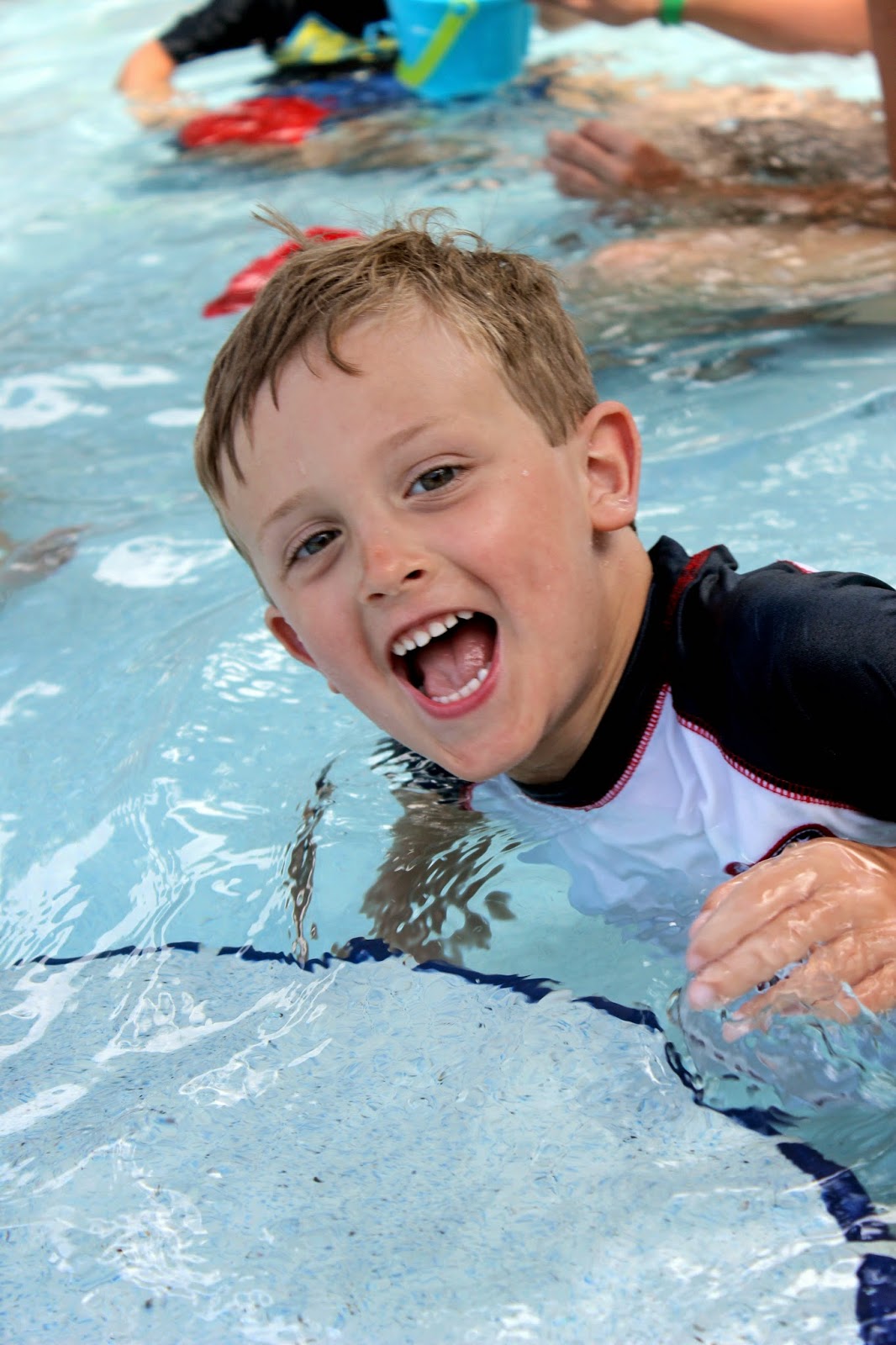 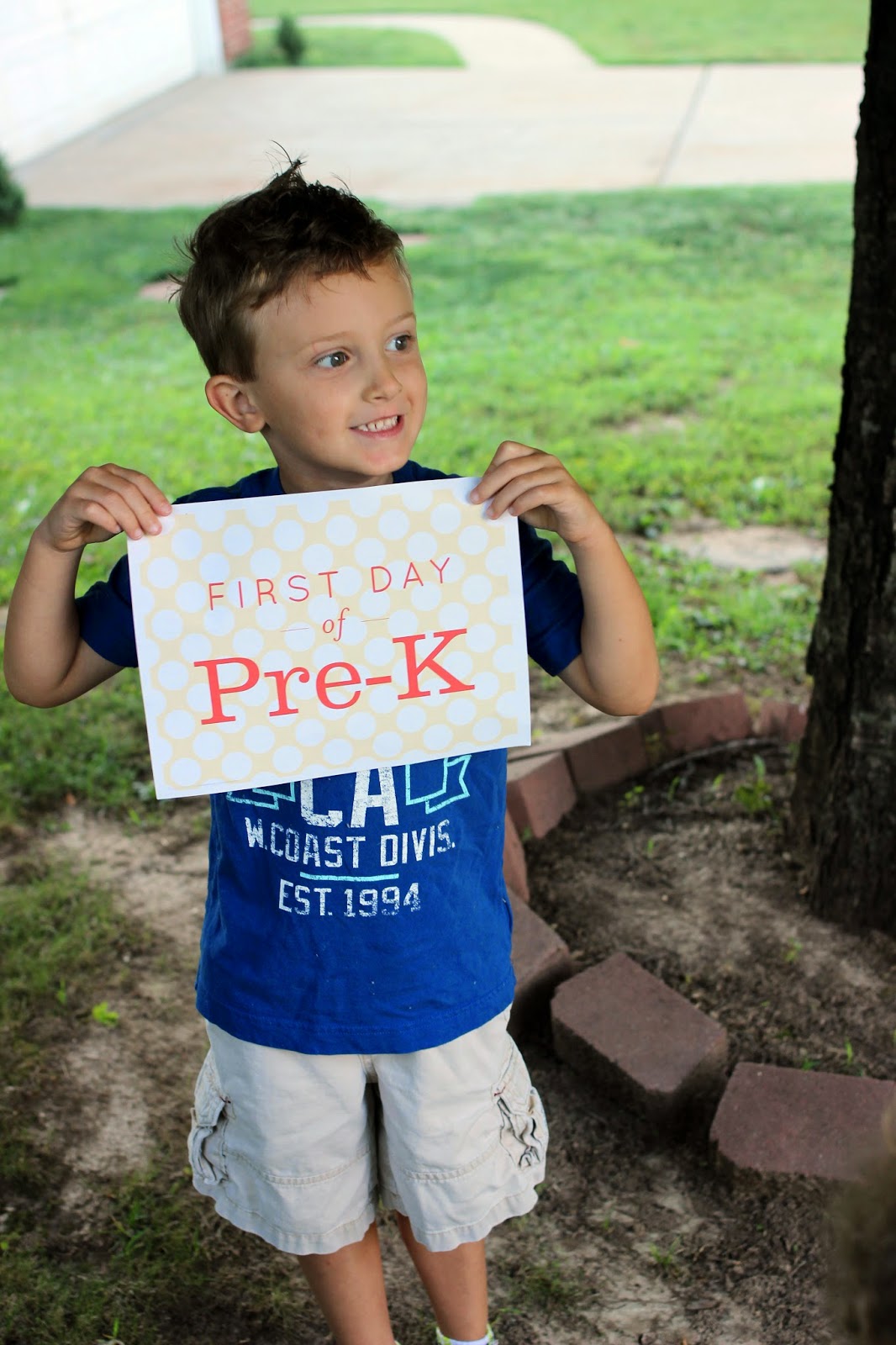 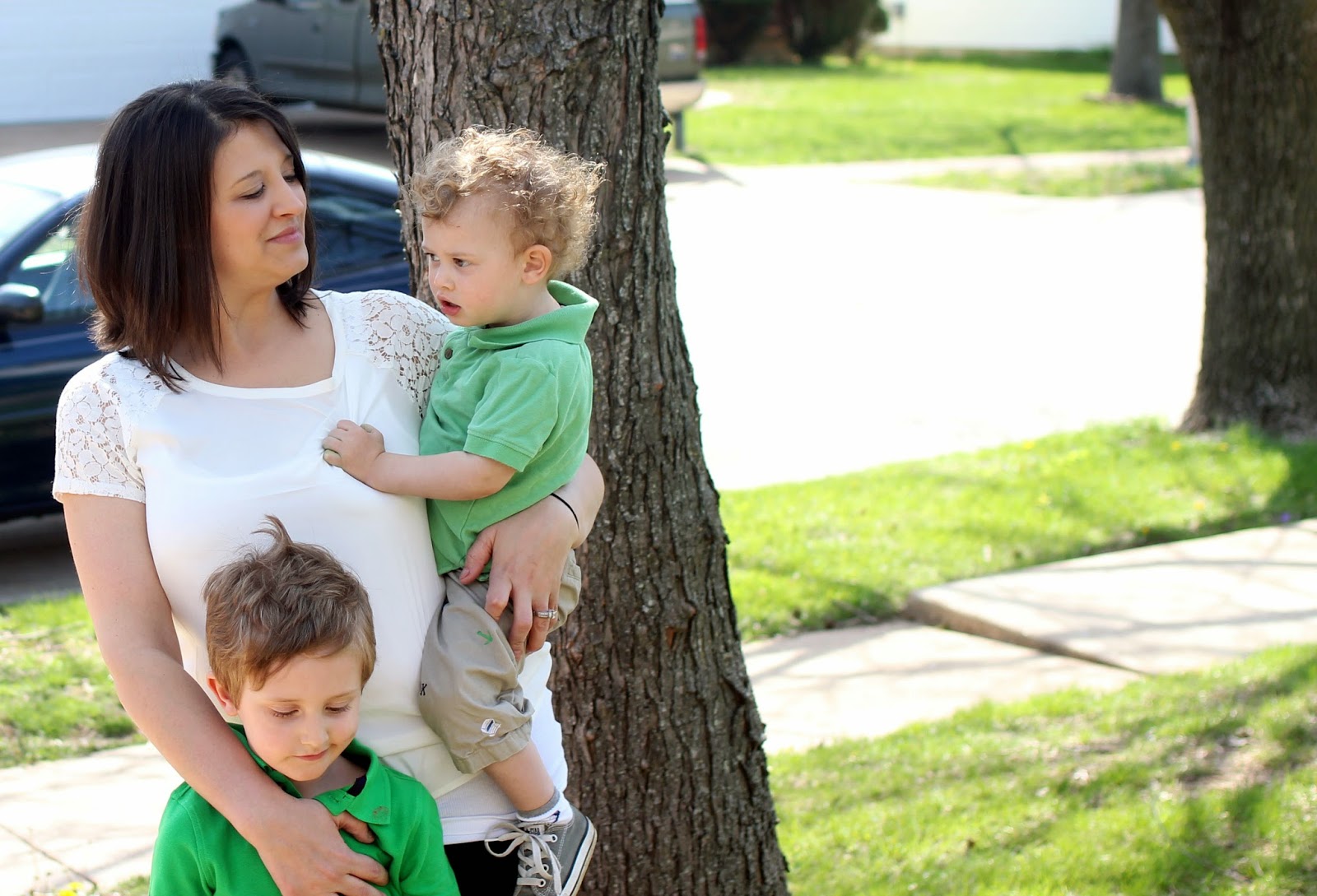 Taking him off dairy wasn't as hard as I expected and we've had our slip ups, trial and tribulations but I cannot explain to you the difference. He's a new kid. He's happy. He plays happily with his brother or by himself. He's a joy to be around (for the most part!) and he's not sick anymore. He's sleeping and sleeping well. It's so hard to put into words sometimes the difference it has made. He's been so good about it too and knows to ask if there is dairy in it before he eats it. For a former milk addict, it speaks volumes to me about how much it impacted him and has made him feel better. He sometimes gets sad he can't have something but thankfully, I'm able to find substitutes for most things.

I'm learning a lot from my kids about my own health and I won't lie and say it's been an easy year. I've had moments where I've felt so bad, I didn't want to get out of bed. I was tired, I couldn't think straight and I was just cranky. Thankfully, I have found a perfect combo of thyroid meds (synthroid and a t3 cytomel!) and I have a supplement regime that has made the world of a difference (D3, b12, Omega 3, iron and Greens!) Here's my PSA for all you moms' out there. If you feel like crap, constantly tired or feel like something isn't right, get a FULL thyroid panel test. Make sure they are testing more than TSH. If I hadn't done this, I'm not sure where I would be right now. Being a mom is exhausting but you shouldn't feel THAT tired all.the.time. I've read a lot about this, since both my husband and I both have it, along with Benny's CH. You won't believe how many times it goes un-diagnosed and untreated. I'm still loosing weight and I'm down over 50 pounds in two years. THAT changes a lot for someone and I could write a book on that, ha!

Brady is in Pre-K this year and I can't believe he'll be in Kindergarten next year! Oh, boy!
Benny is finally talking up a storm and just a ham. I need to get back to updating this so I can remember things!! I'm hoping to write more about our lives with allergies in case I can help someone else. Feeding our family can be a struggle at times because well, dairy is in SO MUCH.

I just love life right now and I hope to make this more of an ongoing thing. I miss this outlet and I've tried to come back so many times. Hopefully, this is the start.
Posted by Amy at 10:19 AM 3 comments:


I look back at my last post and it's not ironic that it was about weaning. Life has been pretty much of a hot mess since then. I blamed weaning. I felt out of control. My hormones were out of control.

I remember the moment when I knew he was done. It was a bit sad but it was such a sweet moment and I look at him now and feel so blessed for almost 18 months of nursing .(He was officially weaned right before he had turned 18 months.) I started feeling a bit off. I got acne and it was awful. I never really had issues with acne other than a few nuisances here and there. I was tired. Cranky. My body hurt. My hair was falling out in the shower in larger amounts than I was used to. I gained weight but blamed not nursing.  I couldn't think straight and my memory went to crap. I blamed it on hormones. I blamed it on having two young kids and being busy all the time. I just figured things would go back but they never did.

Then, after two bouts of sicknesses, I found a lump on my neck. I started to worry there was something seriously wrong with me and was terrified. I started having a lot of anxiety that kept me up at night which made the exhaustion worse. I finally went to the doctor. She wasn't concerned with my 'lump' as it was tiny but figured we should do some blood work to check a few things.

I wasn't surprised when she called back to find something off about my blood work but I was surprised to hear it was my damn thyroid. It wasn't super high so she wanted to retest in a few months. Well, I went on with life with the holiday's, work and life with two kids.

I went back a few weeks ago because I was still SO tired. Think First Trimester tired without the whole baby thing and yes, I'm sure there's no baby! We retested my thyroid and low and behold, it was still low (test came back high because when you're thyroid is low, it's raises the levels.) I went to an endocrinologist who did an ultrasound of my neck (which is so not much when there's not a baby involved!) and was told my thyroid looked like, 'swiss cheese which was not what I had expected to hear. They checked for nodules/tumors and I was given a eight week supply of synthroid, the same medication that Benny takes.

Basically, my immune system is attacking my thyroid. My official diagnosis is Hashimoto's thyroiditis. Immune disorders run in my family so I wasn't entirely surprised. I have an Aunt with Lupus and another with Chrohn's. A bit upset that there was indeed something wrong with me but at the same time I was a bit relieved to know I wasn't crazy!

Benny had his follow up with his Endo this week and I asked her if there was a correlation and her response was no, odd, yes but no real correlation. He is more at risk of developing what I have later on but since he already had mild congenital hypothyroidism, it's something he'll be monitored for.

My own personal theory which may totally be inaccurate since I'm no doctor but I think this was developing for a while after my pregnancy. Pregnancy suppresses things like this I think I once  weaned, my body just went wacko (see, totally technical terms here!) I had the body aches for so long and they never went away after I had Benny. Who knows if this was the cause of his hypothyroidism or not but with Blake's hypothyroidism diagnosis (6-7 months ago) I find it to be very odd. It kinda has me rethinking a lot of the things we put in our bodies but that's a whole other post!

I started meds a little over a week ago and I hope to feel better sooner than later. I think it's partially why I haven't blogged. No energy, no desire. Sigh.  I can't believe how much the kids have grown since I really stopped and with my memory sucking, I need to document it.  I hope to get the 'bug' back but  I wanted to write this post for two reasons.

Any health scare makes you worry and makes you think. This has made me stop in my tracks and think, 'what if' and I've spent more time playing and less time being 'cranky mommy!" We have truly been savoring life. Sometimes, we just need a reminder of the how important the little stuff is and I've seen such a change in Brady as well. Part of it is he's growing up but I think the chaos of life can be too much for him sometime too.

I also wanted to post this in case someone else is going through this. I blamed motherhood and I know we easily put ourselves on the back-burner. Sometimes, we need a reminder to take care of ourselves.

Hopefully, it won't be another 3 months before I post again!
Posted by Amy at 10:36 PM 4 comments: