Ramblings and a request

Things have been kinda quiet here lately. Things have been kinda stressful around here and to be honest, we could use some thoughts, prayers or good vibes our way. I hope to post more when I can but could really use them. Life is like that it seems with us and hopefully as we get closer to the end of the year, we can leave the bad karma behind in 2011.

Brady. Oh, Brady. I'm still behind on what I think will be his last monthly letter. Partly because of everything else going on but partly because I'm still in denial my kid is two. He sure does act the part though.

Saturday, in what was supposed to be nap time, I found this. 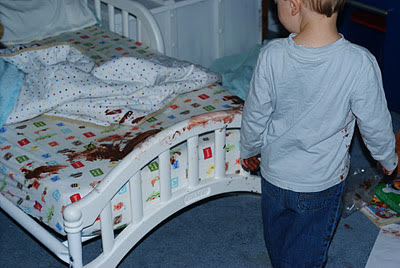 Luckily, it's paint and washable at that! I wish he could have at least picked a nicer color than poo brown. I swear I might have enough to add to that website. I can at least say that it all came out except the carpet but we'll have to shampoo those this weekend! 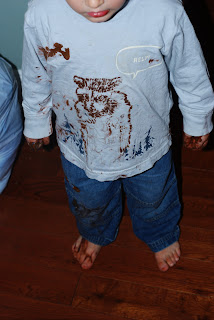 I have to add that no, I don't leave fingerpaint around his room but he decided to open the closet doors, climb on his chair and open the plastic container with his art supplies. Sneaky little toddler 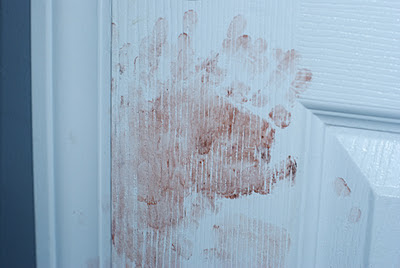 I have to admit. I did have a hard time washing that off. Tiny prints just get me. 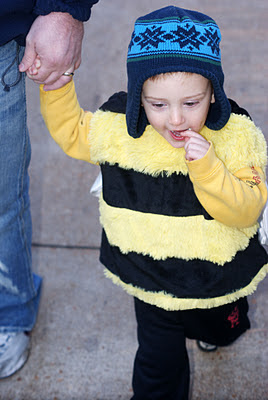 Halloween was a big hit here. He ran up to the houses like he's been doing it all his life. The candy was a bit hit too but that was a given! 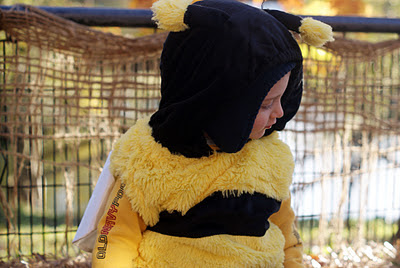 I learned that taking my kid to the zoo to trick or treat then attempting him to nap while hocked up on sugar is not a good mix for taking pictures later that evening. We had a deal from LivingSocial we need to use up and oh my. The kid never napped and let's just say, there is a reason I don't take my kid to those places often. He did look cute in his outfit though. 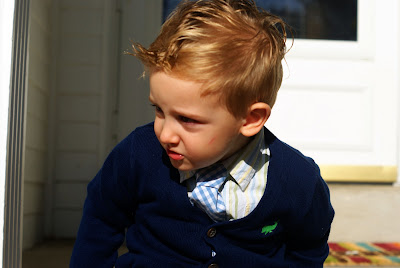 The kid is on a roll when it comes to words. I swear he gets at least 10-20 new ones a day, the newest tonight was nipple! At least the kid can properly identify all his body parts! He also runs to me when I get home from works and says, "Mommy home!" and it is a good way to be welcomed home!

I'm in denial the holidays are approaching but more excited than ever to celebrate them with our little family!

Lots of thoughts and prayers to you guys! And I totally thought that paint was blood at first!!

Thinking of you and sending good vibes! I can't believe he painted his bed! Have to say, at first glance, I thought it was something else (and not blood like the previous commenter).