The little one that could


It's been a crazy few months. It's hard to believe that we are blessed with this new life and it's been full of it's own ups and downs. I honestly didn't think we would make it this far and I'm overjoyed.

Just shortly of getting that positive, I started bleeding. I had a chemical pregnancy/early loss the month before I got pregnant with Brady and started to think that was what was going on. I called my doctor and we set up two beta tests for the next day and then two days later. I felt like I was in limbo.

The first beta came back with good news: I was pregnant.

I was beyond thrilled but told myself that I couldn't celebrate just yet. My second test showed my levels were rising but my progesterone was a tad low. I was put on progesterone pills and the bleeding had stopped but it was still not reassuring in any way. I know they always say that some bleeding is 'normal' but when it happens, it stops you in your tracks.

6 weeks:
At 6 weeks, we had our first ultrasound. We saw a nice flutter of a beautiful heartbeat. I was starting to feel like I could be happy about this and then not two days later, I started bleeding again. This time it was worse.  I was crushed and not optimistic. I tried to stay away from Dr. Google but my mind wouldn't allow me to do anything but focus on what was going on. The past two years had been full of so many awful things, I sadly, figured this was how life is just going to be.

7 weeks:
A week after our first ultrasound, I had another. My nerves were shaken to say the least and I was about to run in there when she called my name. Then as I watched her turn the screen towards her, I braced myself for bad news. Then, what felt like years later, she turned the screen towards me and I saw the sweet flicker again. This baby, our baby was ok and the little heart was a fluttering at 176 beats a minute! A few days later, more than a weel later, there was no more bleeding.

11 weeks:
Then, yesterday, I heard the sweet swoosh on the doppler. I forgot how amazing that sound was. There is nothing more beautiful. Really, nothing, especially when I was truly feeling hopeless.

Now, we have more than hope. The past two years have been difficult but the beauty of motherhood has got me through it. I got a job promotion last week and more pieces of good news, I'm praying this means luck will be on our side from now on. I can't help but worry but that is life especially that of a mom. 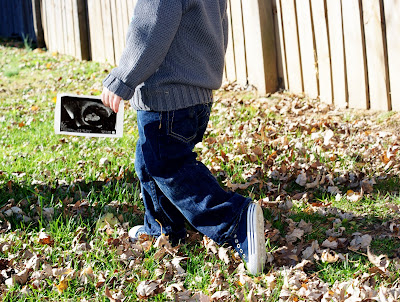 I sometimes still can't believe it and forget that I'm pregnant. It's been much easier symptom wise this time around. The nausea was bad for a few weeks and evened out which is crazy to me since I was sick half of my pregnancy with Brady! I've been really tired but what is new with a toddler?

By the way, do you know how hard it is to a) Get a toddler to stop moving and b) Have a toddler pose with a picture without having him throw it, eat it, or even hold it? 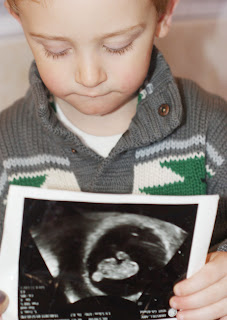 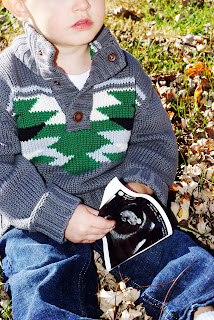 I'm eleven weeks and the first thought that came to mind mind after it all sunk in was how the heck is this baby going to come out, ha! That is a whole other post in itself! Oh, trust me, a whole.other.post. Sigh.
Posted by Amy at 4:46 PM

So excited for you and glad things are ok! :)

Such a blessing for you!

oh, mama. Big hugs! Just wait until you read my 'explanation' post tomorrow---big time bleeding and low progesterone over here, too! We have strong babies, that's all. Keep the faith, and stay positive. And I love that you were even able to get ONE picture of Brady with the US. And I didn't know you had a c/p before Brady--I'm so sorry, and will pray that is your only loss you'll ever experience.

I know how scary it is to start bleeding--I seriously bled on and off throughout the entire pregnancy with Lizzy. It is terrifying, but it doesn't necessarily mean the worst (though obviously, it's hard to remember that when you're in the thick of it!).

So incredibly happy for you Amy!!!